Women In International Security (WIIS – pronounced ‘wise’) Austria is an independent, non-partisan, non-for-profit organisation headquartered in Vienna. Completely run by volunteers, its mission is to create an international platform for women and men to work side-by-side towards gender equality by hosting debates, creating a strong network in Vienna, giving a voice to female security experts and offering a mentoring programme for young women.

WIIS Austria is dedicated to contributing to the inclusive and multidimensional participation of women in fields related to international security including but not limited to peace, conflict resolution, economic development, humanitarian affairs, and human rights. This is done through collaborative research, policy analysis and recommendations, information exchange, professional development and training, networking and new initiatives. 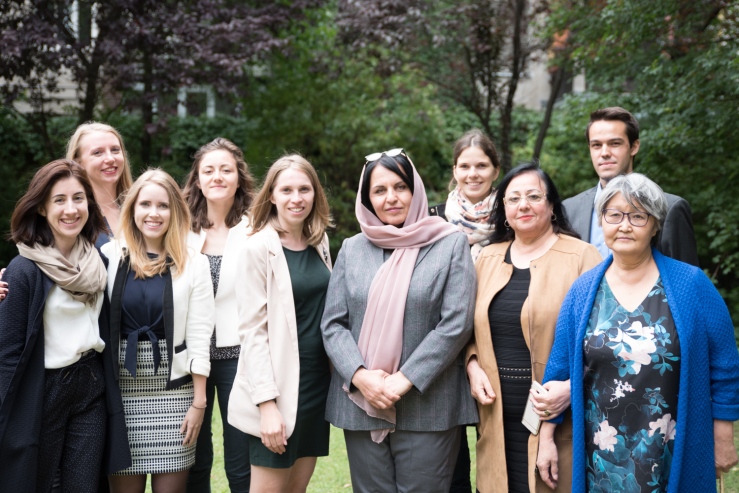 Jessica Grün is Austrian-Canadian and currently enrolled in the “Master of Advanced International Studies” at the Diplomatic Academy. During her undergraduate she developed a strong interest in security studies and women’s roles in conflict resolution and settlement. Since then she has dedicated much time to the advancement of research on this topic and was keen to take on the role of president to help advance gender equality in international security and build an active network in Vienna.

Margot Dubertrand is a Master student at the Diplomatic Academy of Vienna. After completing a bachelor in French law and Common law at the University of Nanterre, she specialized in International and European law. She is an intern at the International Atomic Energy Agency. Her previous experiences in European institutions and embassies paired with her experience at MUN’s sparked her interest for multilateral diplomacy and international security and convinced her of the crucial role of women in this field.